There are no slides in this slider.

There are no slides in this slider. 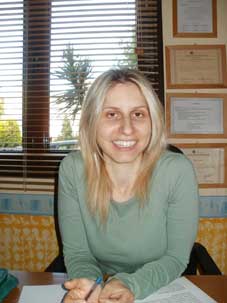 The demand for an English version of the local news has been great, so here we are giving you the local news in English. There are many Europeans residing in our area, such as Germans, Dutch, Belgians, Austrians.  Our effort will be accomplished by Rodanthi Athanasiadi – Skopeliti, associate of “Palmos”, of Greek-American origin, from her father’s side from Xirochori. She will be contributing greatly to make our dream come true. So at least for the summer period, on page 19 (due to lack of several sports news) you will find useful information of all the local happenings.

You will be able to enjoy live, even if you are absent what is already on our website (www.palmosev.gr) taking care of Internet users we “upload” several Videos, with local news. For example you can drink your coffee and watch screenshots from the Municipal Council Istiaias-Aidipsou, or from the feast of Simi, for whoever did not have time to attend it. You can also admire the children of the first grade of Elementary Public School of Istiaia, or the dance groups who honored us with their presence and their active participation in Evioa. We wish you happy browsing.

The technical program of municipality Istiaias-Aidipsou, for 2011 came again to discussion in the municipal council that met last Wednesday June 15th in the afternoon. The new technical program, as it was shaped following the agenda of the first by the Prefecture, was voted unanimously by the body. Mayor Christofis Zachos, declared that the precedent program would be approved if there was no objection. He stressed that this was not beneficial to anyone and he asked for consent in order for the municipality to function. A matter of discussion in the Council’s meeting, was also the Protocol of provisional and final receipt of the project “Replacement of water network supply of the municipal district Artemisio because of age”. Related video in our web page www.palmosev.gr

Briefing on the Lichada fire

Briefing was released in the municipal council Istiaias-Aidipsou, the lawyer Panagiotis Protopappas, (that his office has undertaken the actions of former community of Lichada for the big fire of October 2009), according to the existing elements and the actions that have already been taken. Mr. Protopappas declared, that the responsibilities of the National Electrical Company are given and that the municipality will be vindicated, while he believes the Municipality will be vindicated in the case against Firefighting. Mayor Zachos Christofis, stressed that he will ask the Delegate of the Court of Audit, if the process that was followed by the former community was right, and if the municipality can pay the wage, that is asked by the lawyer’s office, then he will advance the case.

The firewall zones of Monokarya, in “Tsarpala” and “Psilo Aloni” are not cleaned yet, this increases the danger of fire in a pine wood region threatening the villages around the area. In addition many forestall streets are in bad condition, rendering thus the access of firefighting vehicles, in case of a fire. The chairman of local community, Kallia Kapolou-Dimitraki declared that she had put the cleaning of the firewall zones top priority.

The school year for the 1st Elementary Public School of Istiaia is over and the students in sixth grade celebrated the end of the year with gymnastics demonstrations, traditional dances and songs, on June 14th. The children also presented the play “In the old Discotheque”. Rich buffet was also offered by the Association of Parents.

Festivals of Traditional dances of Aidipsos

Festivals of traditional dances of Aidipsos organized successfully by the Music-dance association of Aidipsos, two-day homage of Music-dance tradition, on Friday 17th and Saturday 18th of June in the port of Loutropolis. They presented local dances by dancing groups that had come to Aidipso from every corner of Greece.

Fire Burned a House in Istiaia.

Fire erupted on Sunday at 9.00 a.m. at the home of a merchant of electrical devices, Panagiotis Stamatonikolou. The house, located above the central bus station in Istiaia, was completely destroyed. Under coordinated actions the Fire Department extricated the owner of the house and extinguished the fire. The causes remain unknown and is under further investigation.

Several burglaries took place in Istiaia, St. George and Sinasos on Sunday, Monday and Tuesday. In most cases the perpetrators removed the food from the refrigerators of the houses, while only in one case they stole money. For example, at a house in St. George Istiaia besides stealing 70 euros, the burglars helped themselves and took all the beer, bread and cherries that was in the refrigerator.

She Tied them for a Loan

With the help of two people, a 46 year old woman tied to a column two siblings, to whom she had lent money to in the past. Initially the victims gave her the amount, but she wanted more money, so she proceeded in this action. The offender was arrested by men of Group Crime Prevention and Suppression, and the accomplices are wanted by the authorities.

A friendly match took place on Saturday, April 18th at Aghia Anna among veteran players of the region and veterans of the Athletic Club Chalkis. The participation of the people was great and the money raised will be donated to the family of the veteran player of Aris Aghia Anna, who died last year struck by cancer.

The Academies of Olympiacos Football Club will become the School football of Olympiacos Piraeus. Ten children of the Association together with their coach Thanasis Anagnostou, found in an Olympiacos meeting which was held from Wednesday 15th to Saturday, June 18th in Sofiko in Corinth.